“Entering the great wide open” evokes setting out like an explorer, moving forward in time and space into the unknown, the new. The image is an appropriate one for a young photographer’s solo exhibition, especially when she has not taken her photographic images in the traditional sense, using a camera, but has, rather, constructed them using the contemporary imaging tools of scanner, digital collage, and electronic washes of colour.

Yet, paradoxically, Aislinn Leggett’s current series of photographs draws deeply on the past, transforming it in complex and overlapping ways. To begin with, there are the raw materials: these large, colour, ink-jet prints are produced from Leggett’s collection of snapshots from the 1920s and 1930s. Culled from photo albums passed down by great uncles and great aunts and supplemented with local flea-market finds, the tiny, grainy, black and white images are scanned and enlarged, and then mined for backgrounds, settings, and figures. These elements are recombined to form new scenes, which Leggett then ‘hand tints’ with layers of colour and a digital paintbrush.

While we are quick to see this kind of image manipulation as a product of digital technologies, Leggett’s practice is yet another way of reaching into our photographic past – this time, even further back. In the 1870s and 1880s, William Notman’s Montreal studio became famous for its mammoth ‘composite photographs,’ an elaborate work-around for the period limitations of unwieldy and insensitive photographic plates. The art department carefully planned the entire image in advance, drafting a perspective background and plotting the arrangement of the figures. The several, or dozens, or hundreds of participants who were to attend the skating carnival, snowshoe-club outing, ball, investiture, or graduating-class picnic then presented themselves to be photographed individually at the studio, in costume, to scale, and posed according to the design. The figures were then meticulously cut out and pasted on to the background drawing, the whole was rephotographed on a large plate, and the resulting black and white print was coloured by hand.

The settings inhabited by Leggett’s figures, however, are themselves photographic composites – landscapes that she has constructed out of several different snapshots. She takes the small and constrained, the badly framed, the crooked, the under or over exposed, and out of their banal facticity composes expansive views that range from the picturesque to the sublime. Here again she reaches into the nineteenth century, engaging a conversation with Alexander Henderson, one of Montreal’s foremost early landscape photographers, through depictions of waterfalls, lakes with canoes, hunting camps, and winter snowshoers.

The muted, atmospheric harmony of Annette Fishing and the spectrally doubled rowers of Alice at the Lake evoke Henderson’s photographs of spring inundation and his trout brooks and waterfall pools with their glacially still reflecting waters and delicate, gold-toned textures. Similarly, Isabel on the Rocks and Thomas in the Canoe recall the dwarfing of human figures within immense landscapes under the blank, collodion skies of early photography. As with Henderson, and Notman too, the sense of place Leggett constructs in this collection of views is rooted in the pastoral wildness of central Canada, enlivened with a sense of connection to more exotic landscapes to both the west and the east.

The landscape photography of early photographers such as Henderson was artistically ambitious and contributed to our being able to take imaginative possession of a vast land, to create a sense of place. The composites of William Notman constructed the genteel social imaginary – they were forms of portraiture that situated the individual in the collective, in community. With the arrival of the Kodak in the early twentieth century, the control of image-making passed more broadly into everyone’s own hands – but the Hendersons and the Notmans had already shown what photographs should be of, should look like, and what they were for.  While the two-by-three-inch Kodak prints had correspondingly more modest, intimate, and casual ambitions, shifting the focus to the smaller community of the family, Leggett’s reverse engineering testifies to the latency of the earlier photographic tropes – they but awaited summoning. Photography, after all, is a spectral medium.

So while this series reflects the artist’s exploration of her own relation to family and place, it is also an exploration of a much broader legacy of Canadian photographic identity. Leggett’s titles capture perfectly how the snapshot is simultaneously both more personal yet interchangeable with anyone else’s – the Rose in Rose Swimming and the Alexander in Alexander at the Cottage are photographs, and so these people really, specifically, existed, whatever their names actually were, but they can also be my great grandmother, or your grandfather, or you, or me.

In the New World, photography was intimately connected with exploration and communication – projecting, establishing, and securing community. Using contemporary technologies, Leggett builds a series of bridges, inviting us to enter the great wide open of our photographic imagination.

Walter at the Cherry Blossom Picnic 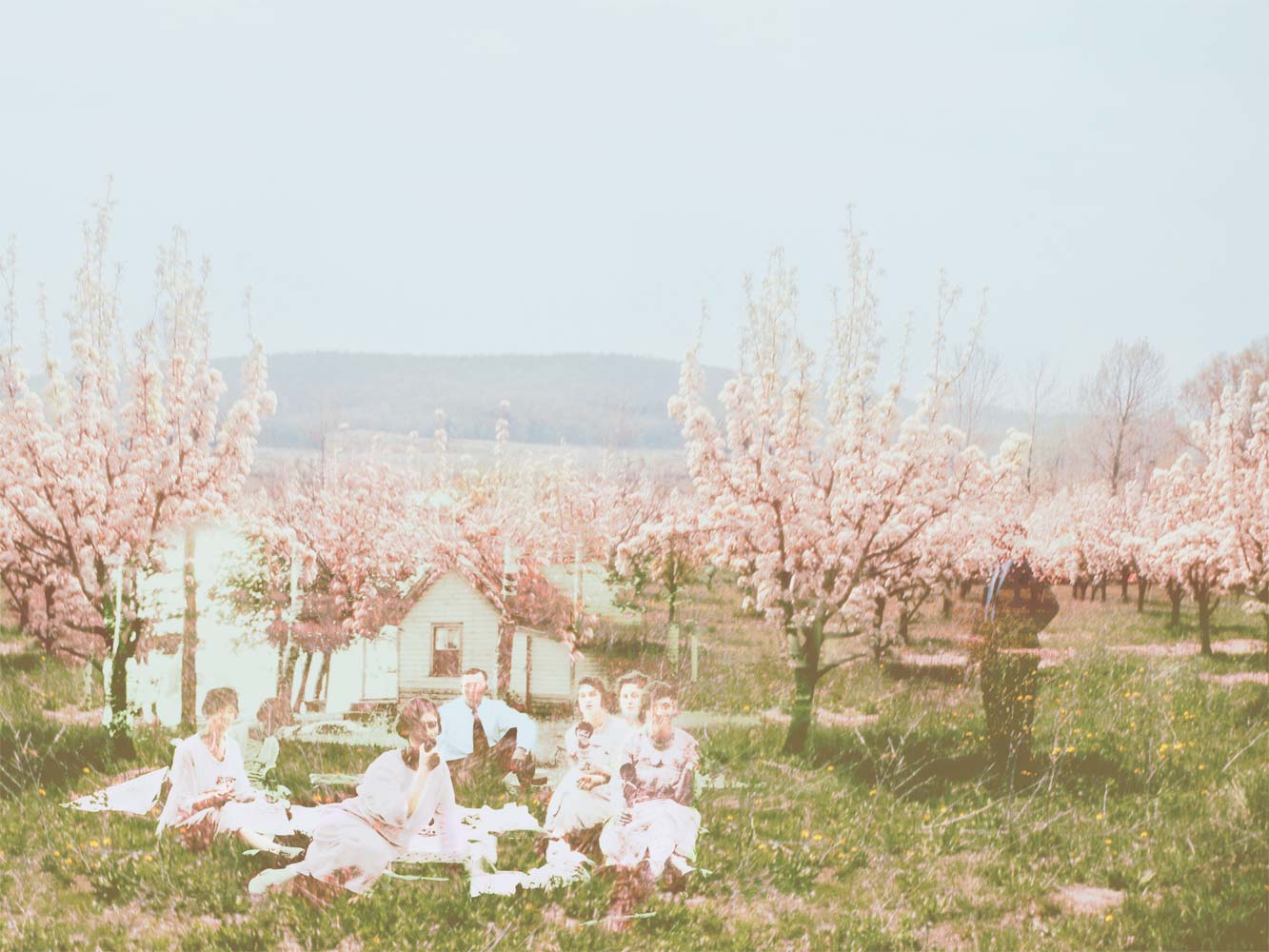 Thomas in the Canoe 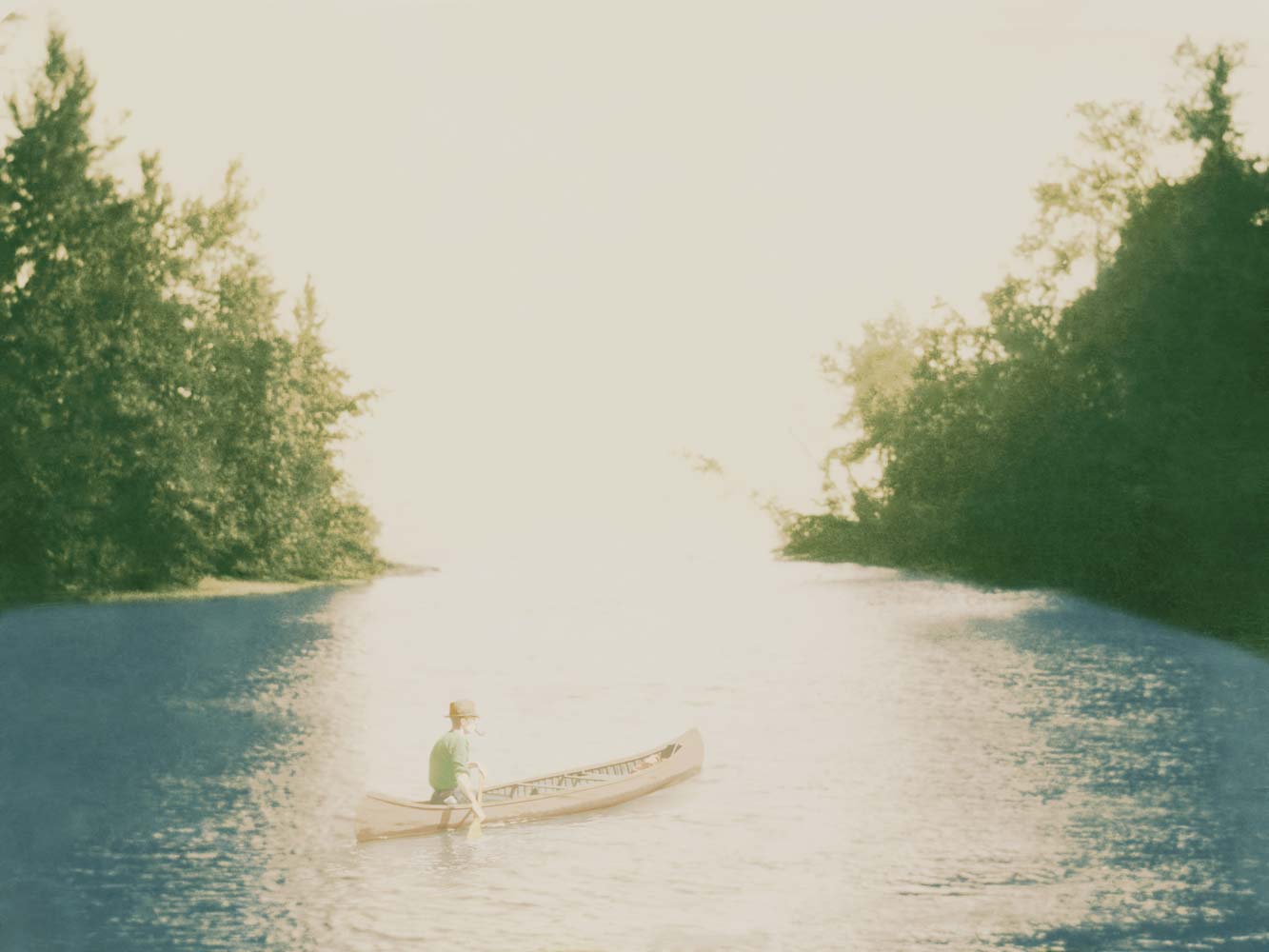 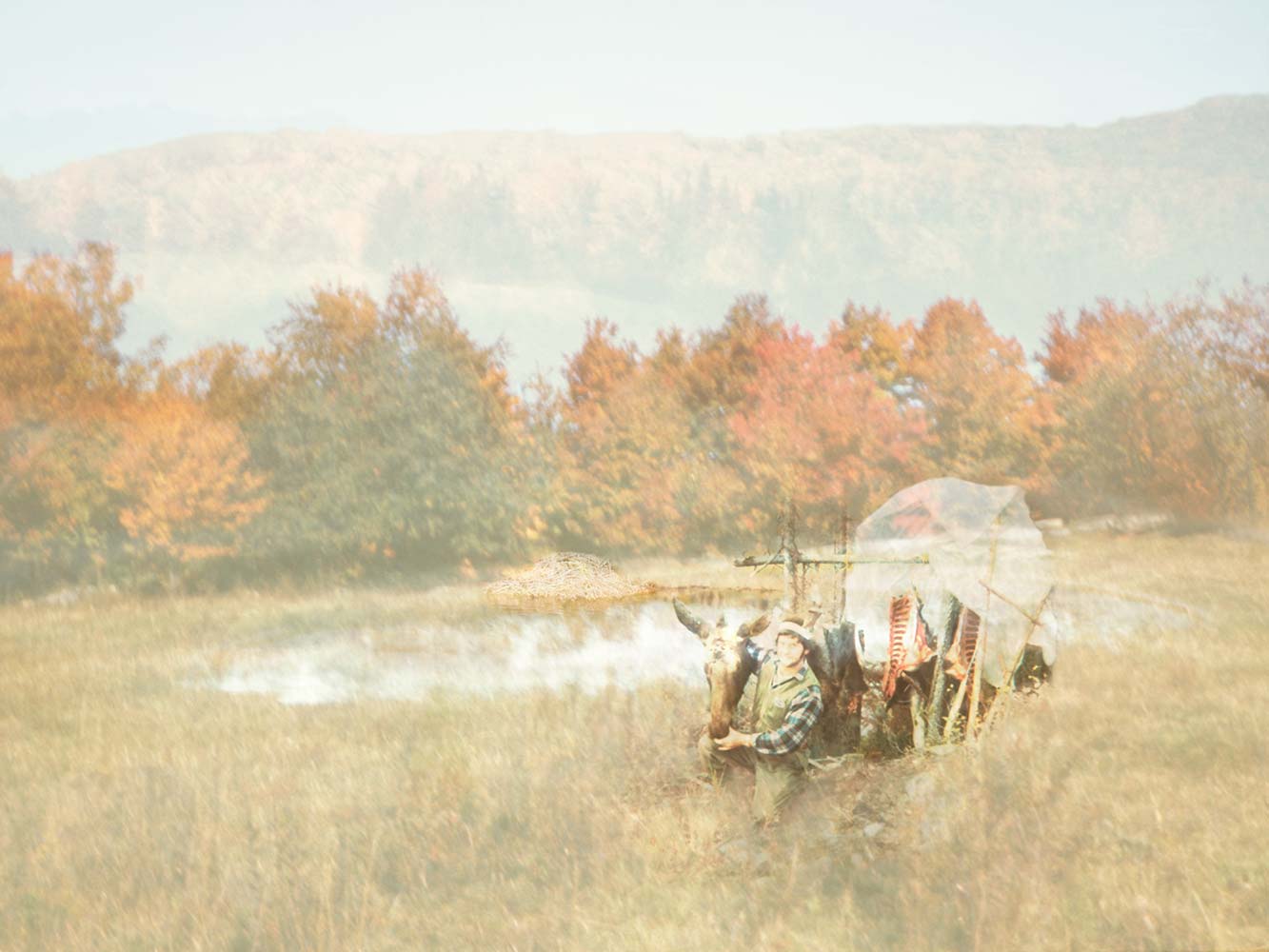 Ruby at the Waterfalls 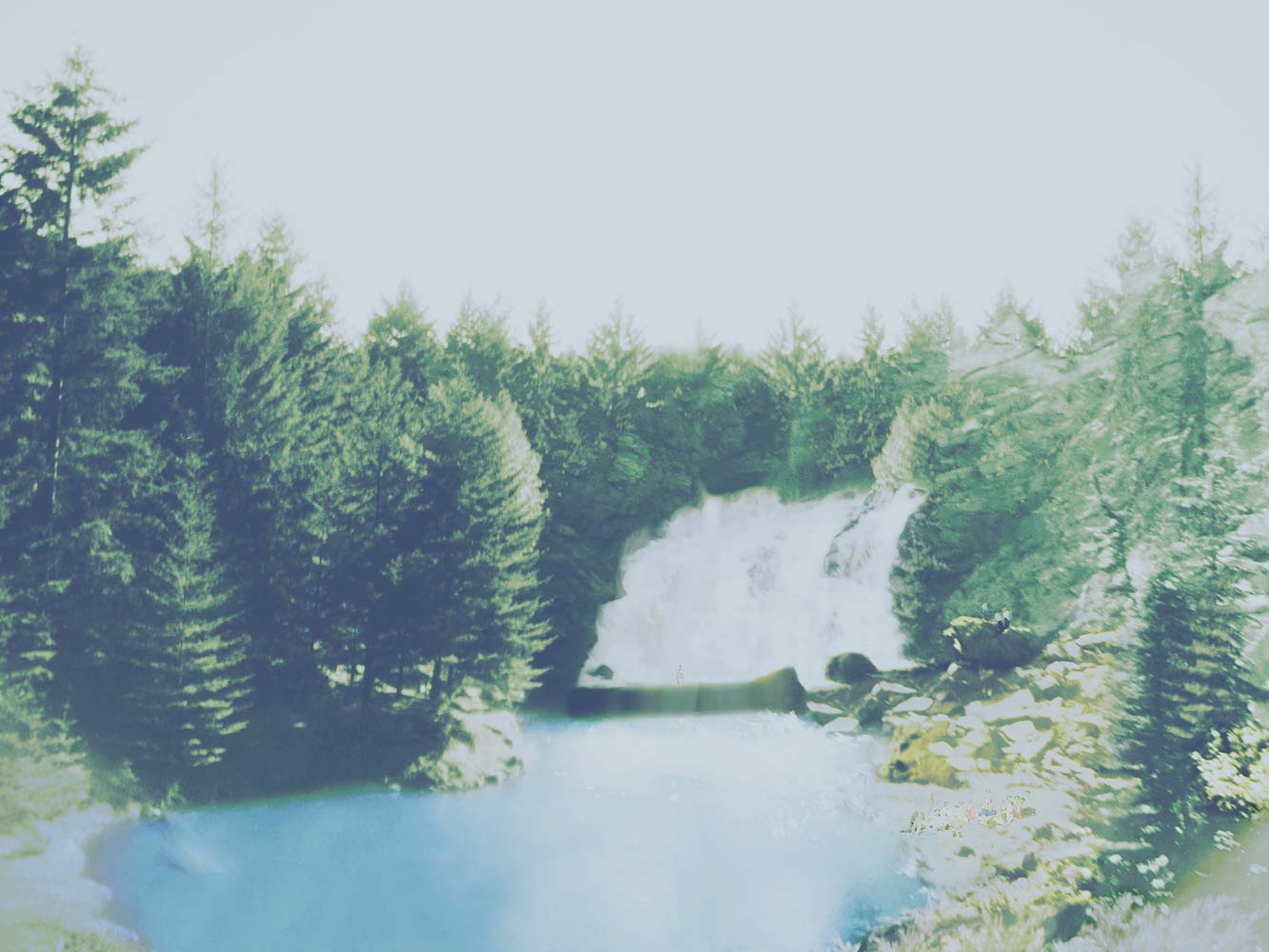 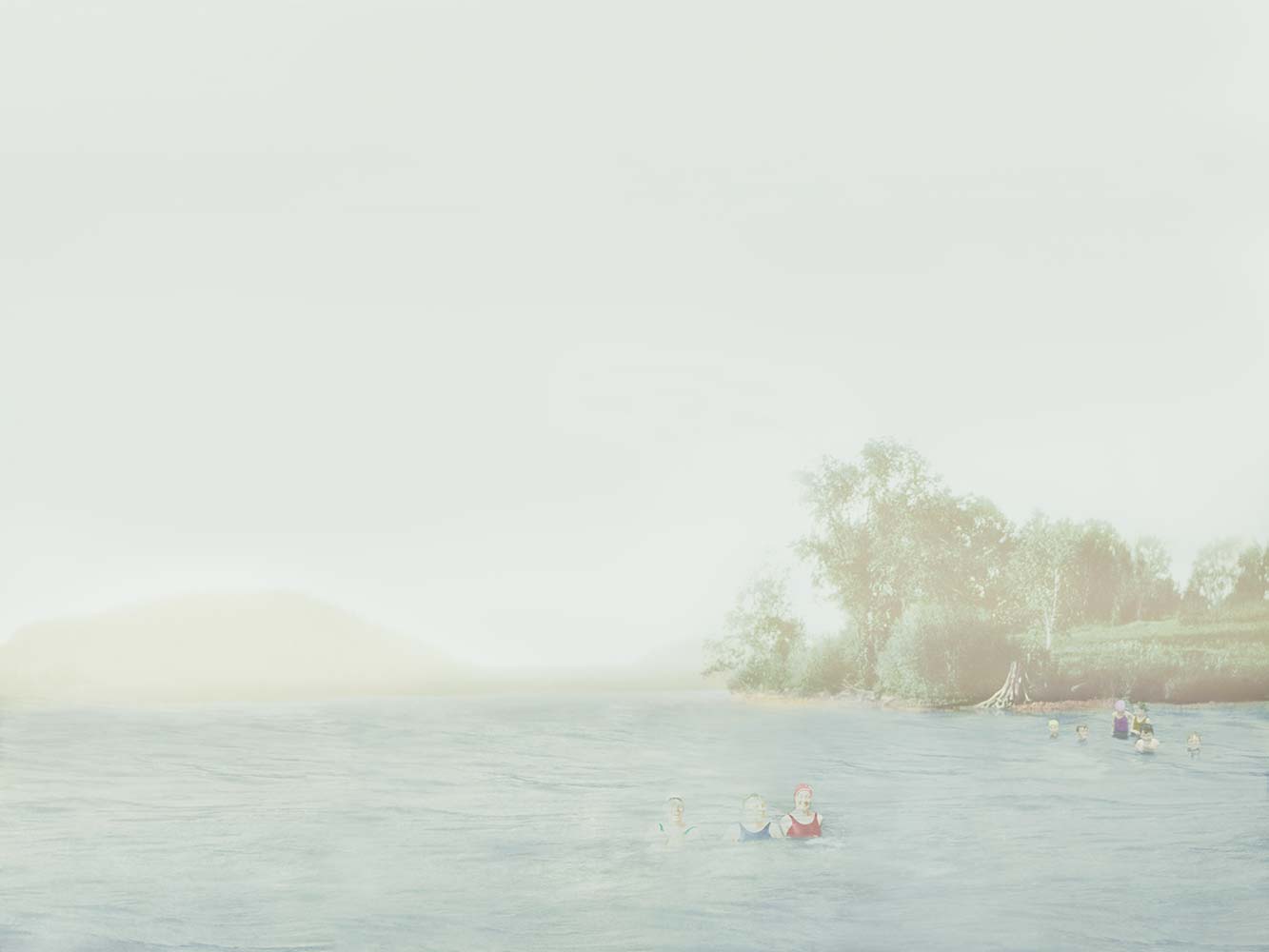 Margaret with the Horses 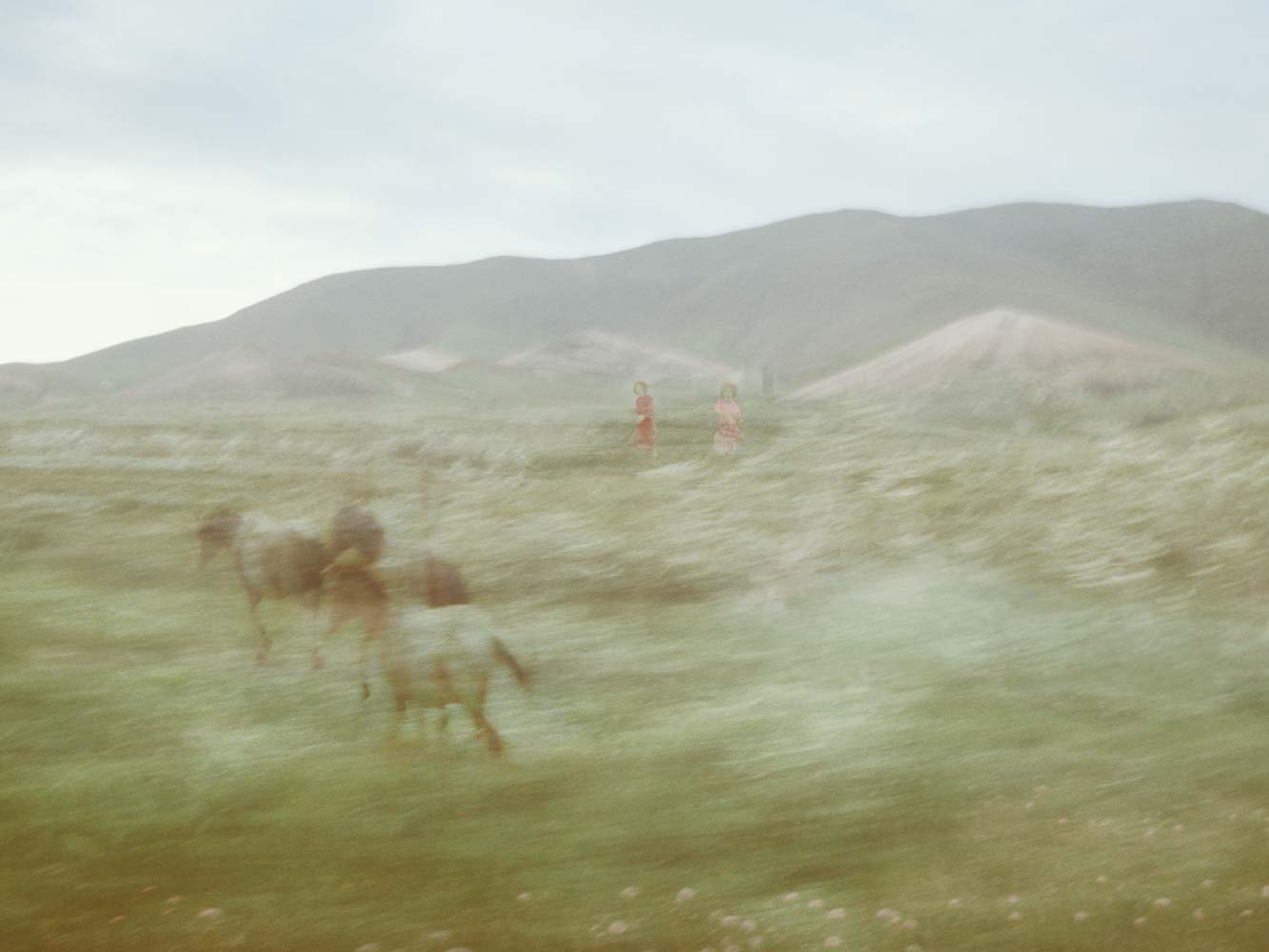 Isabel on the Rocks 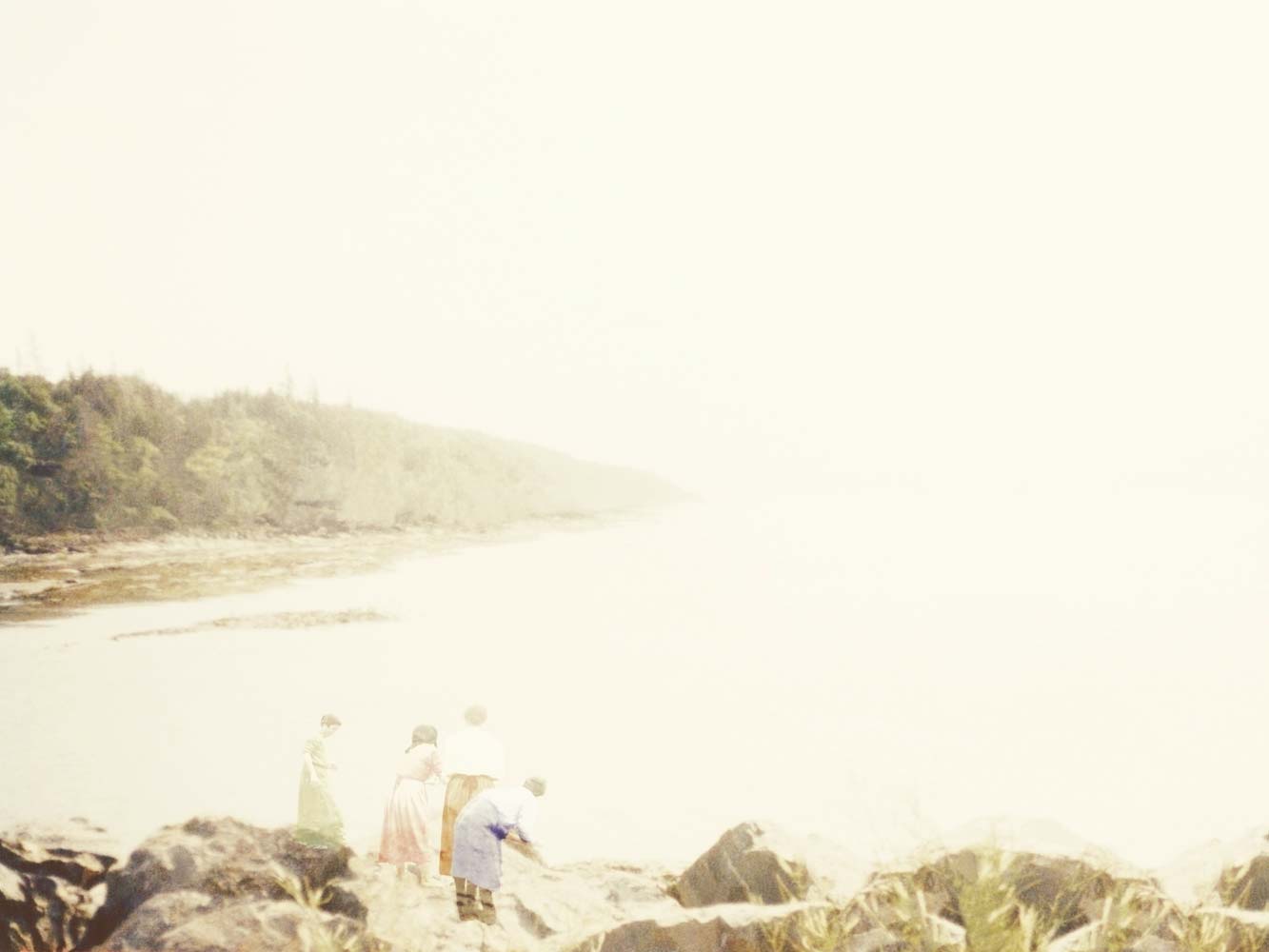 Gerry with his Fish 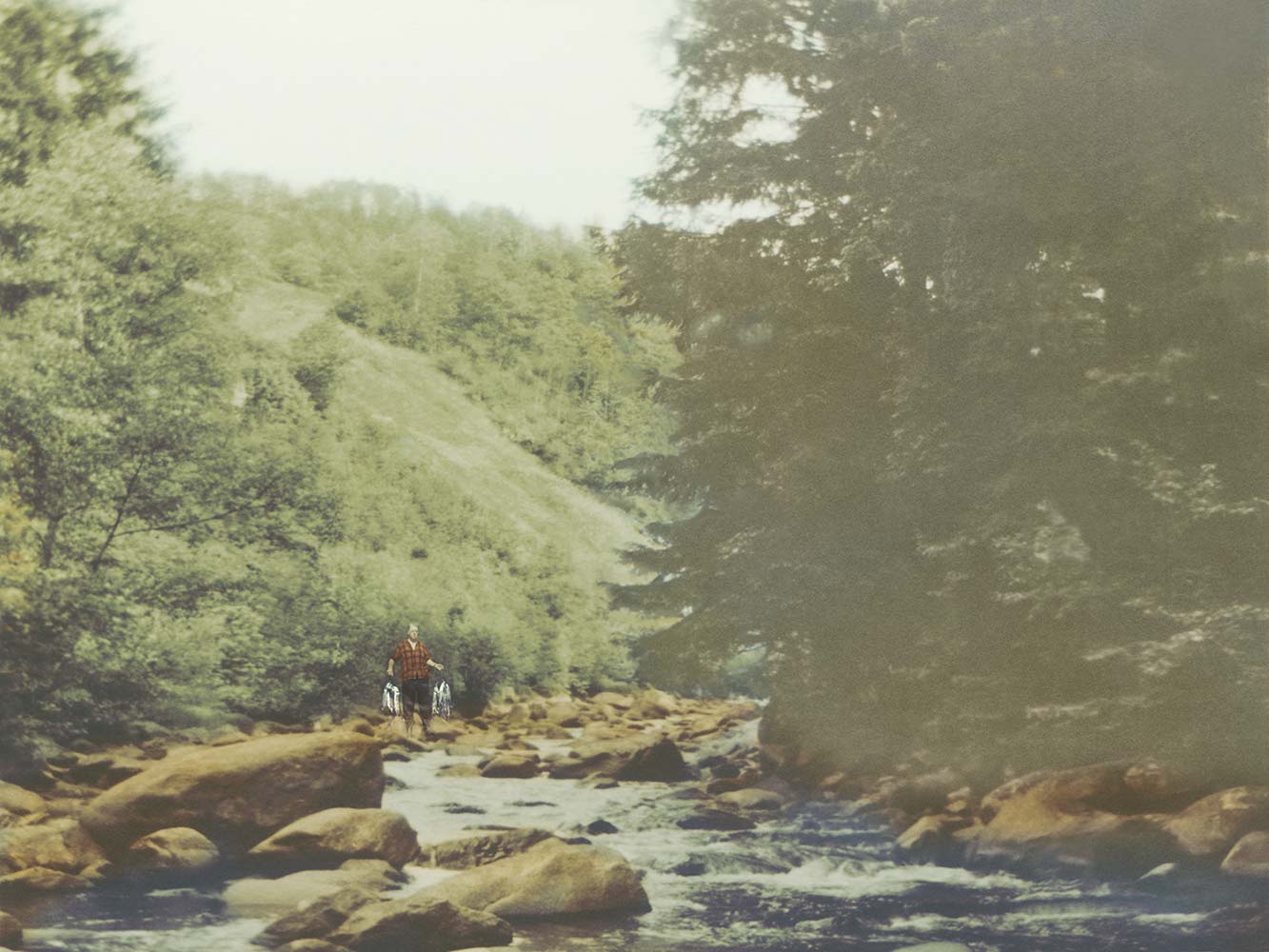 Eugene at the Campfire 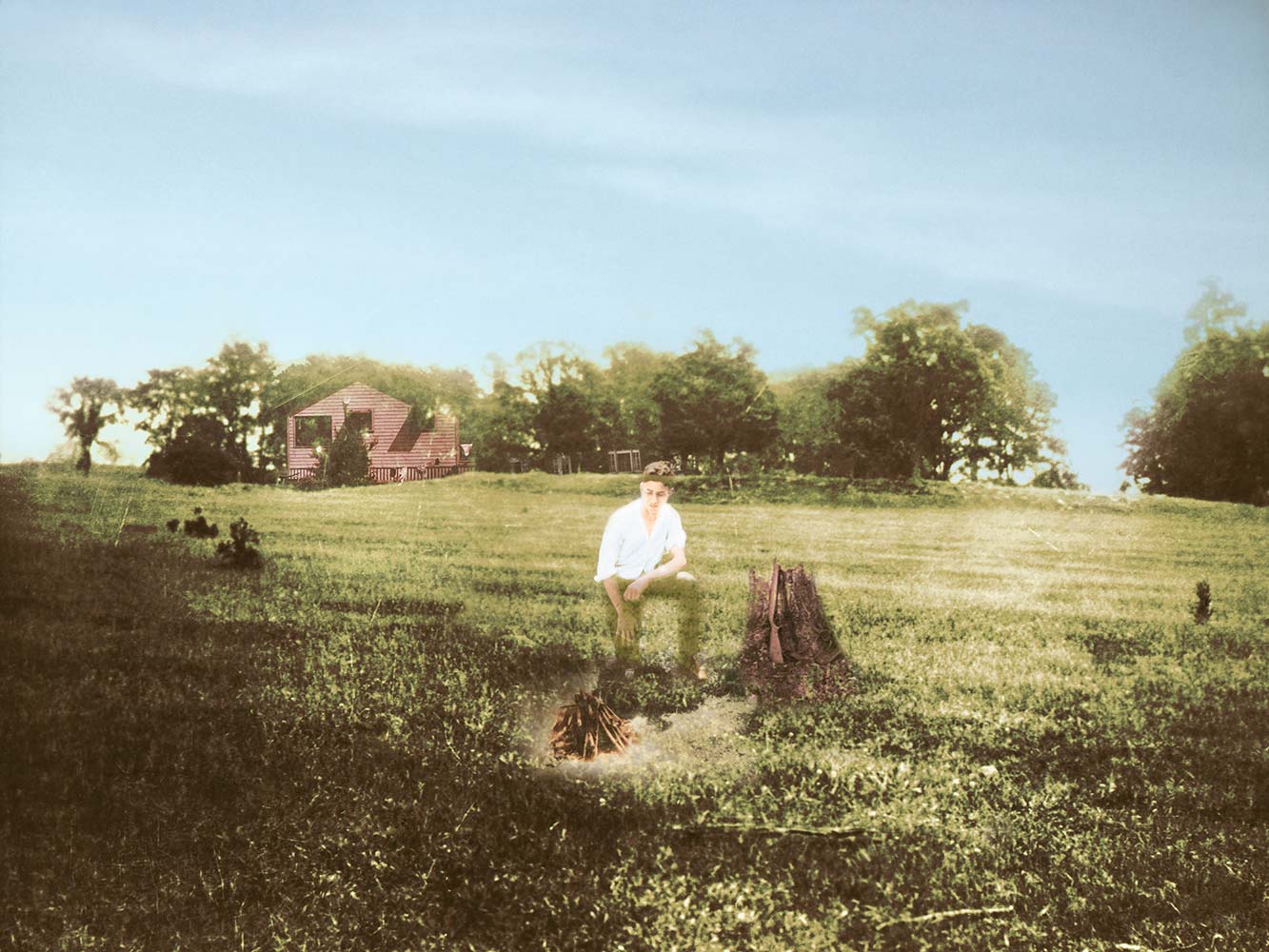 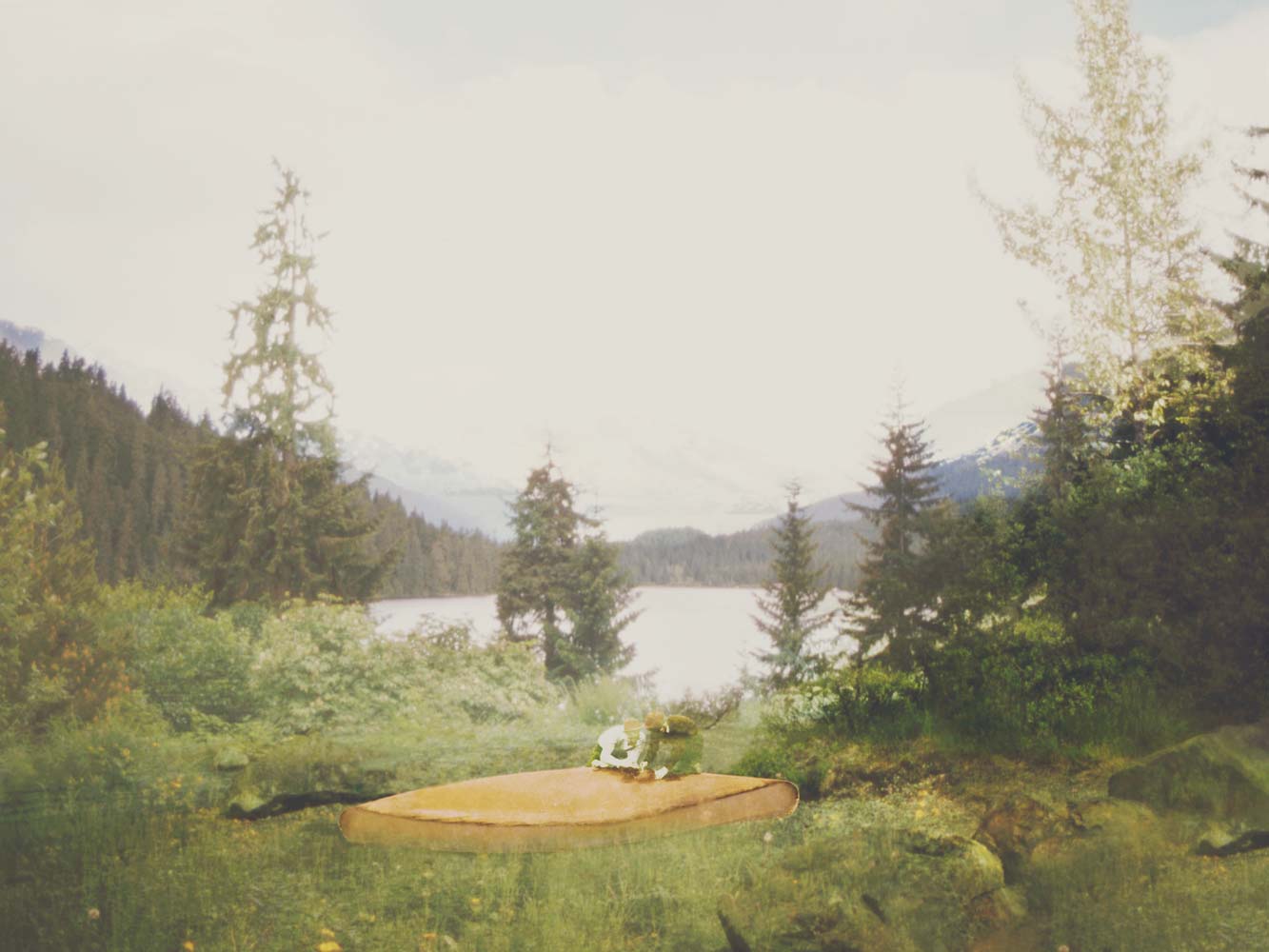 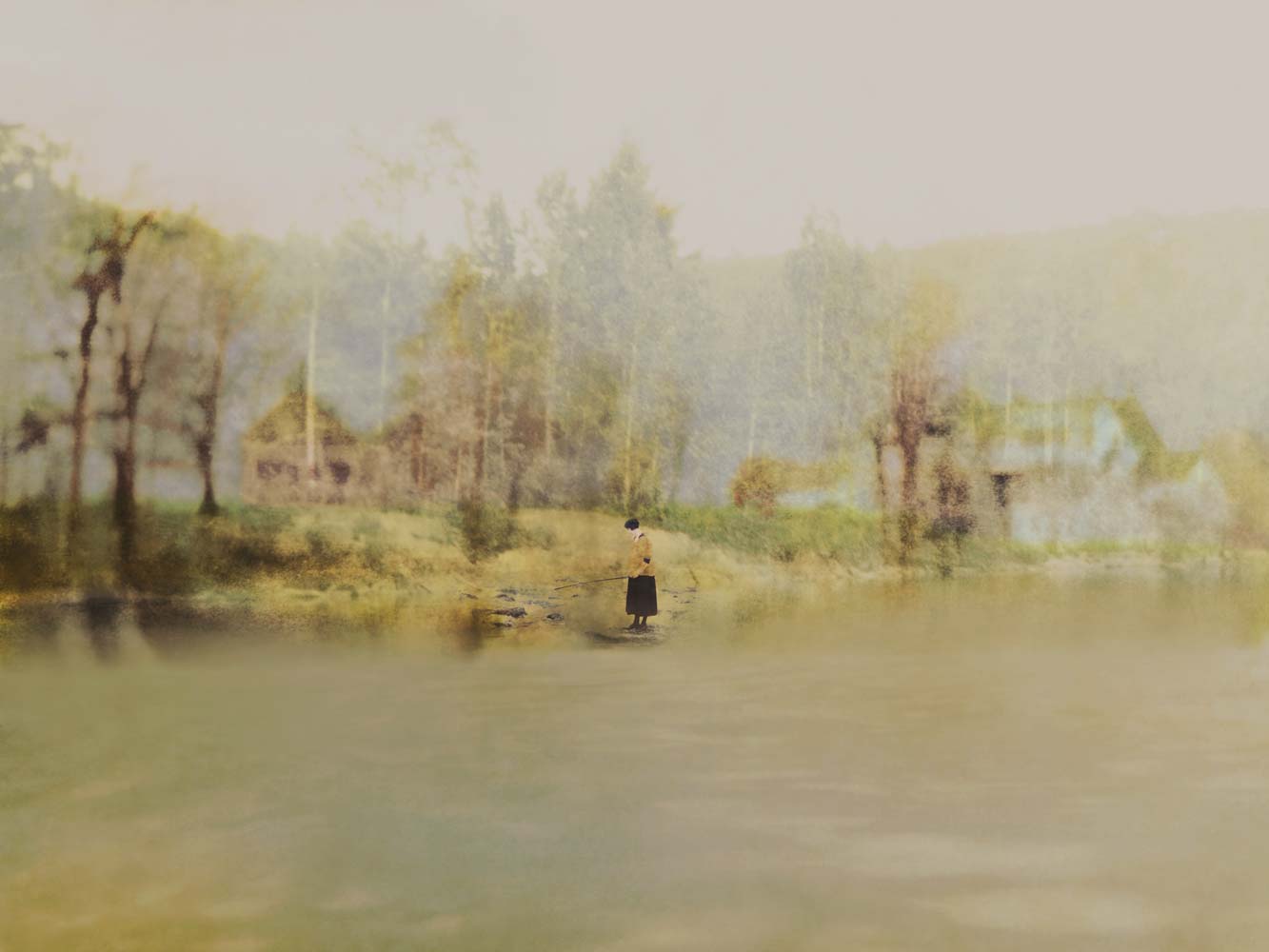 Alice at the Lake 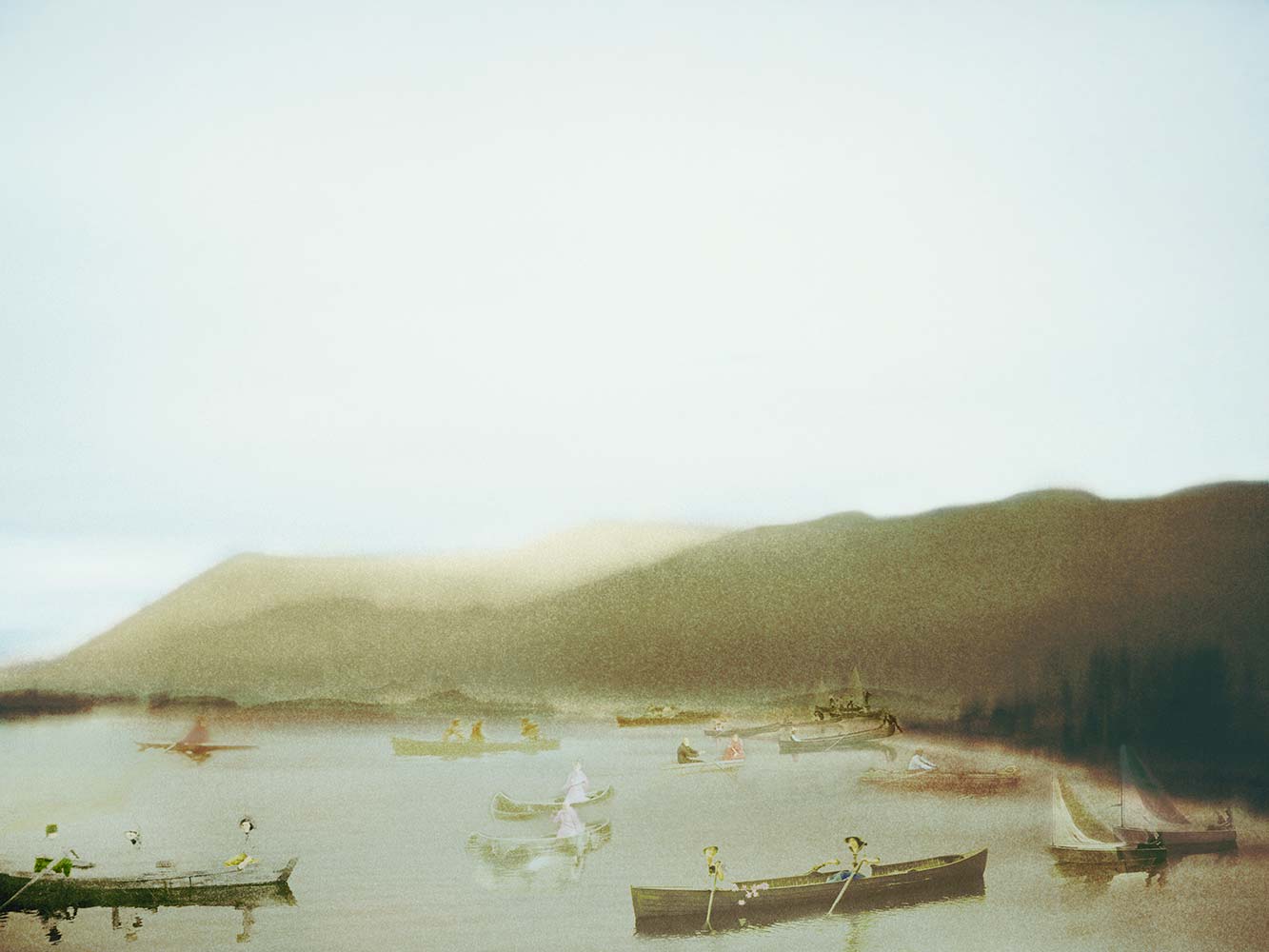 Alexander at the Cottage 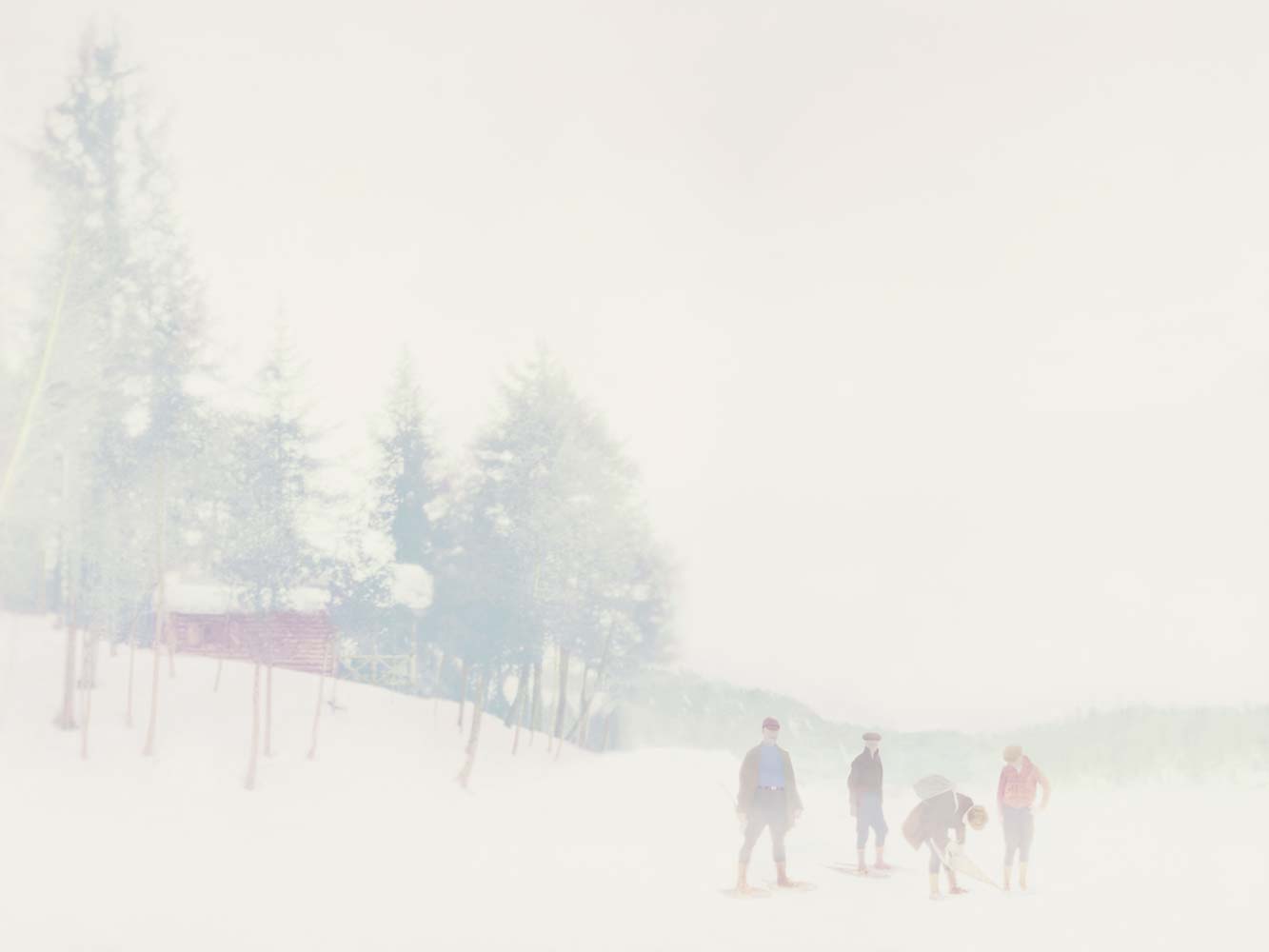